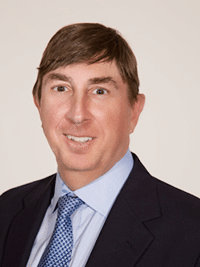 Dr Stephen Favrot is a native of New Orleans, Louisiana. He recieved his A.B. from Dartmouth College in 1985. He returned to New Orleans and attended Tulane University School of Medicine where he graduated AOA in 1989. He completed his Otolaryngology Residency at the University of South Florida in Tampa, Florida in 1995. He finished his training at the Baylor College of Medicine in Houston, Texas where he completed his Fellowship in Otology and Neurotology in 1996. He moved to Birmingham at that time joining Drs Turner, Elledge, and Favrot where he practiced until joining ENT Associates of Alabama, P.C. May 1, 2009 as one of our two Otologists. He enjoys a practice with a blend of Otologic and General Otolaryngologic disorders. His areas of interest remain the diagnosis and treatment of Hearing loss and Balance disorders AND the the diagnosis and treatment of tumors of the skull base. He treats both children and adults; and offers such advanced treatments as Cochlear Implantation and the Bone Anchored Hearing Aid (BAHA). In his time off Dr Favrot enjoys spending time with his wife and four children.