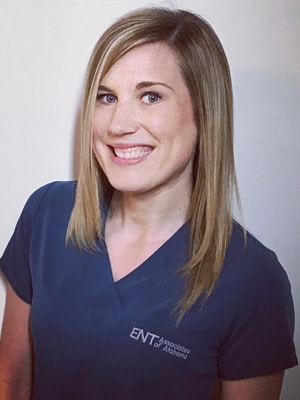 Dr. Stephanie Baj, a Connecticut native, received both her bachelors and doctorate degree from the University of Connecticut. She moved to Birmingham in 2013 for an year-long externship at UAB’s Civitan Sparks Clinics. Stephanie has been with ENT Associates of Alabama since April 2015. She previously worked at a private practice in the suburbs of Boston, MA. At ENT Associates of Alabama she is both a diagnostic and rehabilitative audiologist, specializing in cochlear implants. She holds a Certificate of Clinical Competency from the American Speech-Language and Hearing Association and is licensed to practice audiology in the state of Alabama. Outside of work, Stephanie enjoys running, traveling and being outdoors.